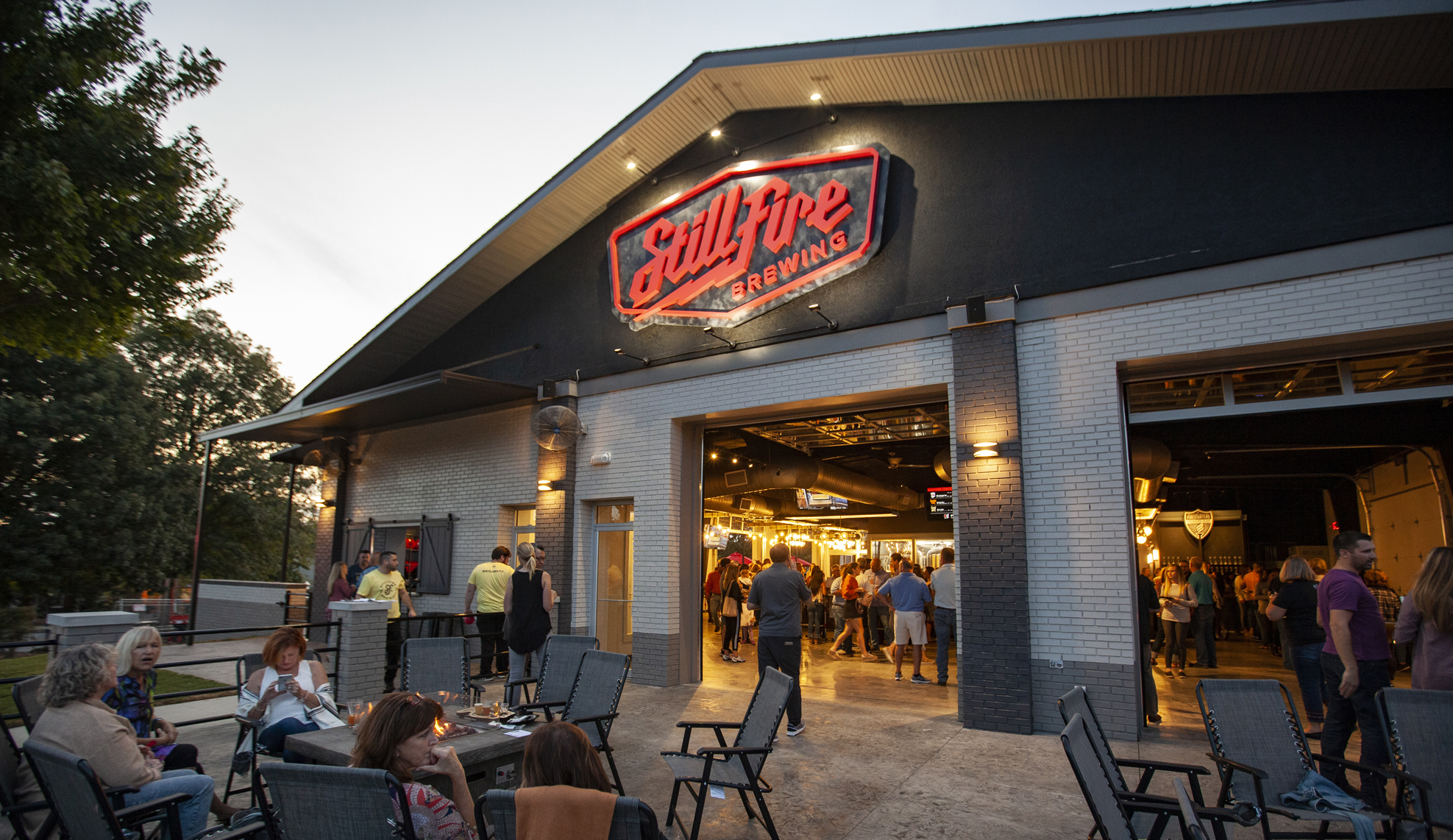 It makes total sense that the concept was conceived of after a couple of beers, doesn’t it? During a business meeting between two strangers, the conversation veered to the topic of craft beers and the community’s need for a brewery in their hometown of Suwanee, Georgia. Co-Founders, Randall Veugeler and John Bisges discovered that they had each toyed with the ridiculous idea of opening their own brewery someday. The pair quickly realized that Randall’s marketing know-how, as publisher of Suwanee Magazine, paired with John’s experience in manufacturing and distributing were two key elements of a successful business endeavor. Selling the dream to their wives took a little finagling but in the end, both ended up supporting the duo’s pipe dream. Next step was finding a brewmaster. As fate would have it, Randall knew a guy. Not just any guy – THE guy: Phil Farrell, an award-winning home brewer with more metal around his neck than Mr T. As one of the top 10 ranked beer judges in the world, Phil had previously judged home brew contests at the craft beer festival Randall had produced since 2011. After a pitch stressing the pair’s commitment to creating a creative environment where he could develop a portfolio of bold and exciting craft beers in a place where community was cornerstone, Phil signed on. John’s nephew, Aaron Bisges, fresh from acing the bar and willing to do anything besides becoming a lawyer, joined the project as General Manager. Walt Wooden, a web developer at Randall’s branding firm decided to leave the glamorous world of web design behind to pursue his dream of brewing beer for a living. A prime location in the heart of downtown Suwanee was secured and for the next two years, the StillFire team would research and develop the knowledge and skills needed to start a commercial brewery.

Ever feel like the world is moving around you but you are standing still? Do you sometimes feel like you have lost your sense of wonder? That life is getting in the way of doing that one thing that lights your fire, energizes your soul, makes you feel like life really matters? StillFire Brewing Co-Founders, Randall Veugeler and John Bisges both had the same dream of one day owning a brewery after college but then life happened – they both got married to amazing women, had wonderful kids, started businesses and went on with their lives. When they met and started talking, they discovered they both still had that fire to open a brewery. The two entrepreneurs meeting and sharing their long abandoned dreams with each other was the spark they both needed to get off their asses and do something about it. When thinking about a name for their brewery, they came back to the idea that they still had that fire after all those years and the name StillFire was born. The name had a message that resonated with their plans for their brewery. They invisioned StillFire Brewing to be a place that can spark conversations that can lead others to find that flame burning within them and to find the courage to act on those passions. That spark is symbolized in the company’s logo and tagline “Find YOUR Fire.”